you can see the whole study here

The aim of the study was to design an administrative-operational building on the premises of CS-CONT s.r.o., including the selection of the best location in the lot of the investor. The proposal responds to the investor’s program assignment and is also based on an analysis of the operational and traffic contexts of the area with respect to the areas intended for the development of production. The administrative building itself is designed as a flexible concept that can be easily modified according to the user’s current requirements.

The basic idea of ​​the architectural design typologically reflects the final products of the company, which are modular container blocks with a steel frame, from which practically anything can be assembled. We wanted to prepare the architectural concept of the building to be based on this element, so that there would be an obvious connection at first glance and the flexibility and variability of the proposed building would be understandable at first glance. The house is supposed to resemble a kit made of modular blocks, where it is possible, according to current needs, to combine the internal functional arrangement.

A symbol of the building’s connection with the surrounding nature are the glass walls of the individual containers and the steel pre-construction, which fulfills the function of a trellis – a supporting structure for vertical climbing greenery. The offset of this structure, together with the vertical greenery, forms a natural “curtain” that improves the microclimate inside the building and thus contributes to the reduction of operating costs. 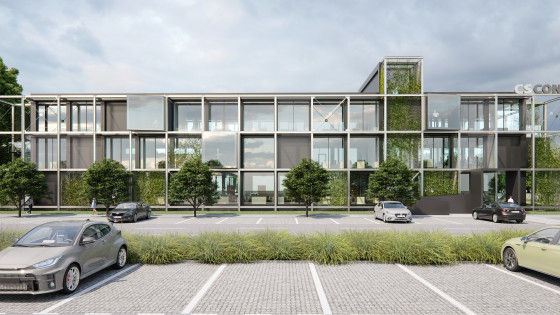 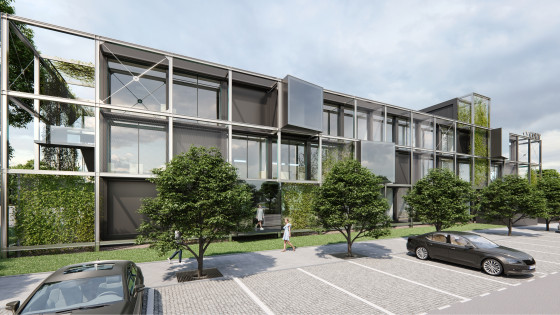 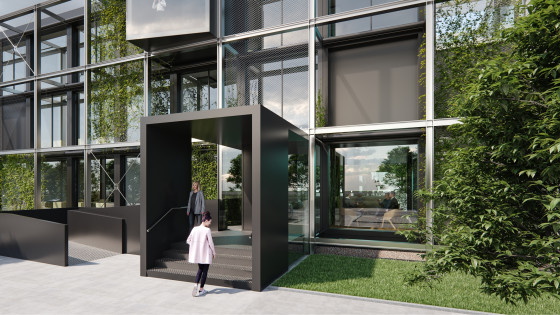 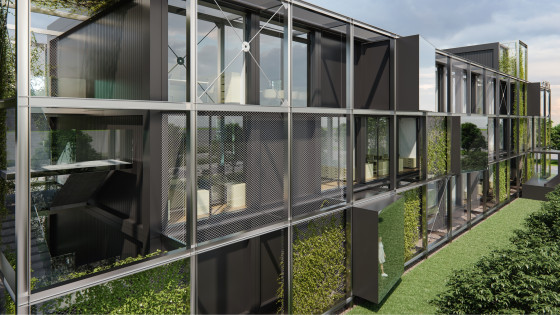 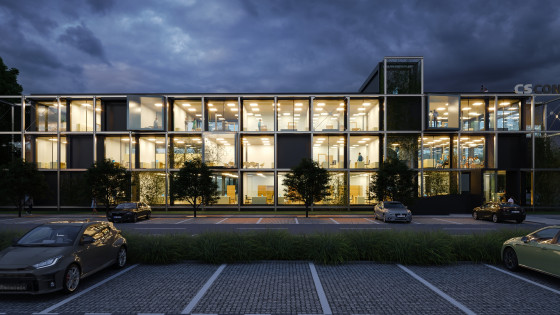