In 2010, the Regional Council in Olomouc decided to replace the “temporary” building in the school courtyard which had been used for decades. The tender specifications were aimed at providing sufficient capacity of teaching premises and building a new, larger gym and a canteen. This was the basis of the construction tender specifications.

The front facade of the addition is attached to the existing building. It encloses the school yard and provides the interior with a new purpose.  Up to then, the school yard featured only a temporary building and an asphalt playground, which was not used much, because of the noise generated by sporting activities. A playground with a more suitable surface has been built on the roof of the new gym and the court has become a rest area. The teaching premises correspond with the original structure. Their height does not exceed the cornice of the existing building and they also reflect the new addition to the adjoining Faculty of Education. A distinctive feature of the front facade is the obliquely recessed surface of the glazed section illuminating the entrance hall and the staircase. The glazed part of the facade connects the key areas of the entrance section and highlights the new main entrance. From the lobby, you can access all the floors of the existing building.

The building is characteristic of the facade design in the form of visible reinforced concrete Monier’s panels attached to the supporting structure with thermal insulation. Bare concrete is also used in the interior. The rooms in the yard wing are south facing and are protected against direct sunlight by aluminium louvres on a steel pre-wall. The building of the gym differs from the other structures – its facade is insulated by a contact insulation system with white plaster. 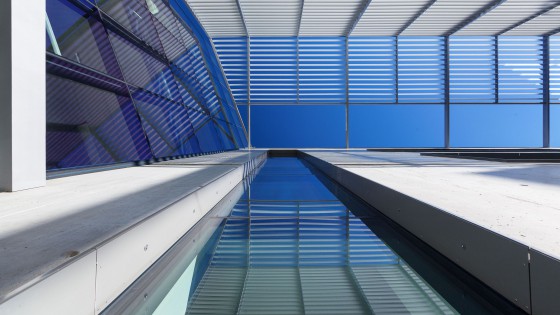 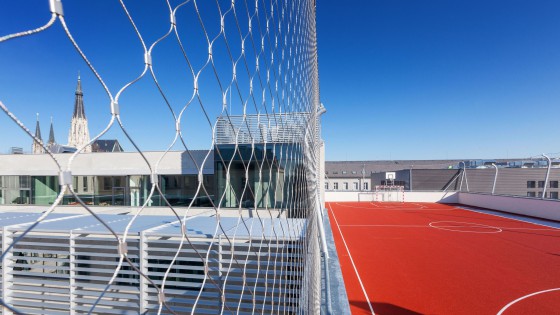 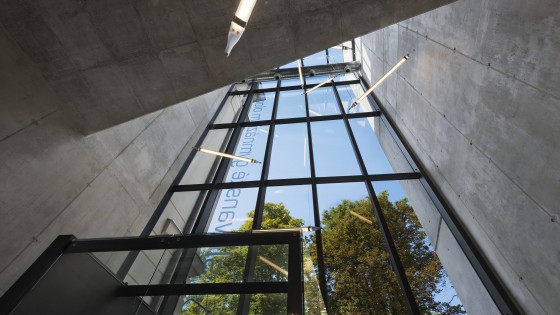 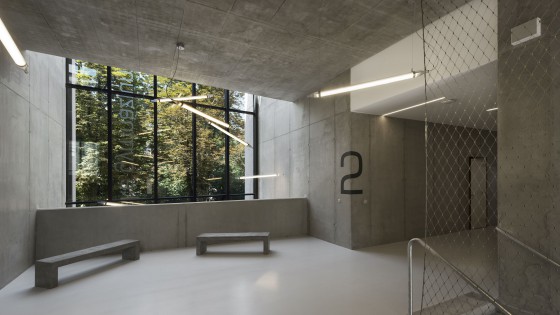 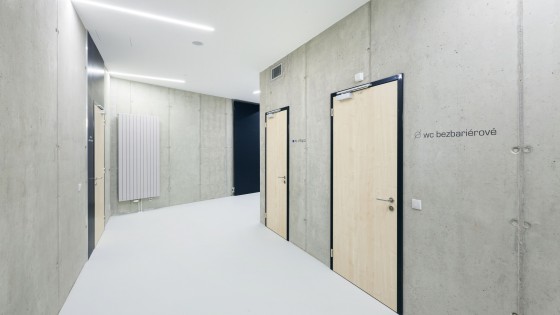 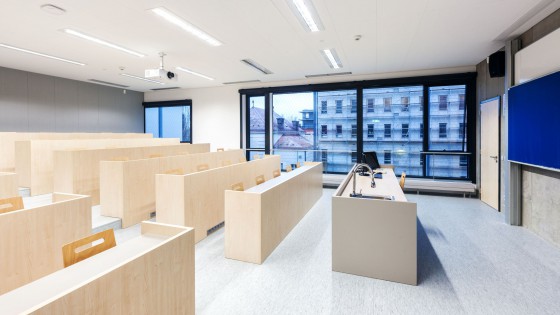