extension of the Pedagogical Faculty UPOL

The design of the addition reflects the small area of the land and high user’s requirements and considers the planned completion of the school on the adjacent land. We have attempted to locate both buildings by the boundary of the land to enable maximum use of the remaining area of the land.

The form of the new building results from the effort to create a small building with high spatial requirements. We have chosen a shape with the largest floor area at minimum volume, i.e. a cube. The form of a cube, respectively square, became the central motif of the entire building. It is represented in the windows on the facade all well as in minor items in the interior.

The new building is located at the axis of the existing building. The cube forming the main mass of the addition has 5 floors and it is connected to the existing building at all floors directly from the space of the main staircase. The two-storey side wings are situated perpendicularly to the axis of the connecting corridor and along the boundary of the land. The facades of the buildings are designed with a combination of corrugated metal and glass.

The addition is entered through the main entrance of the existing building. Right behind the entrance there is a lobby with a reception, cafeteria and cloakroom. This lobby is situated in front of an auditorium with a capacity of 300 seats and two large lecture rooms in the side wings with a capacity of 150 seats each. The lobby is lit by a glass roof. The other floors feature classrooms and laboratories. The layout has five major parts with sanitary facilities and lift in the core space. The core space is connected to corridors on both sides and there are classrooms situated along the perimeter of the building. The technical facilities are designed on the ground floor. 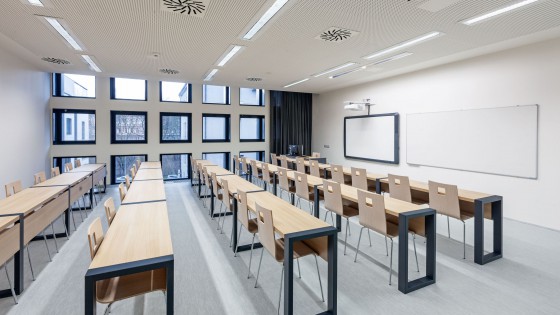 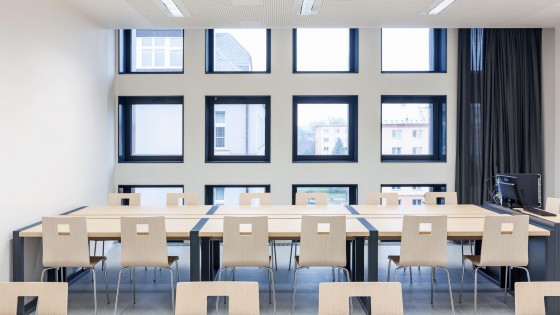 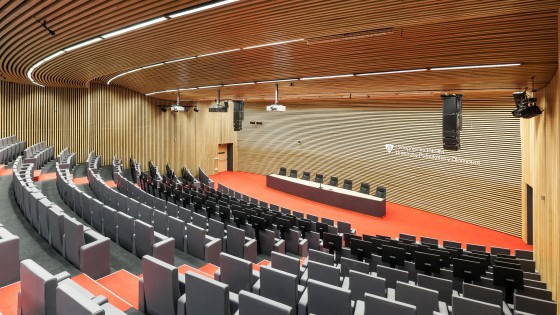 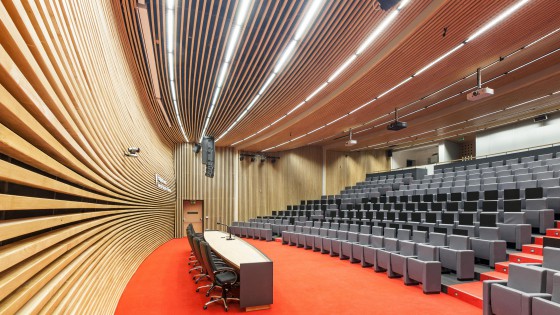 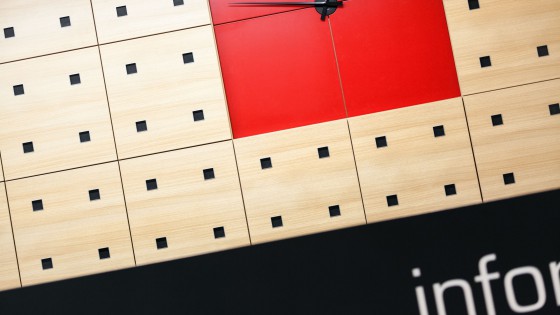 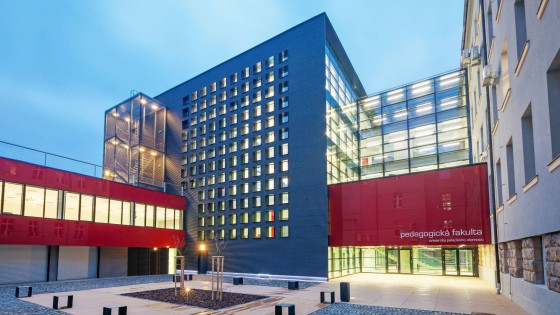