construction is in preparation

you can see the whole study here

This lot is situated in the middle between blocks of flats and individual family houses. The lot borders with Okruzni street on its east side and public recreation area on its west side, which continues with a row of family houses. Green Park Neředín project plan strives to cultivate the livable character of this urban area.

The longer side of the building runs along Okruzni street and it is divided into two blocks. Each of them is set to a different height in order to follow the angle of the terrain. The parking lot in the basement connects both of these two blocks. The piazzeta in front of the building serves as an entrance to both the livable parts as well as to the green public zone. It is also an entry to commercial units that will be placed on the first floor of the building. The meadows running along the west side of this land are planned to be transformed into a quiet park. Most of the apartments are going to be facing this park. The apartments on the ground floor are designed to have little patios that should connect to the park as well.

Both of the blocks have 3 floors. Additionally, we’ve built “family houses” on the top of those. They are finished with the saddle (butterfly) rooftops. This concept symbolizes the crossroad between the blocks of flats on the east side and the family housing on the west side. French windows dominate the exterior. Balconies with metal frames and anti-rust nets on the east side are meant to provide room to grow for the green vine. The balconies facing the road are filled with wooden lamellas to help minimize the noise as well as dust coming from the street. The west side balconies are horizontal and play in context with the shapes of the added housing on the roof. Significant horizontal lines are broken up by the vertical wooden lamellas that also provide a little bit of privacy on the balconies. 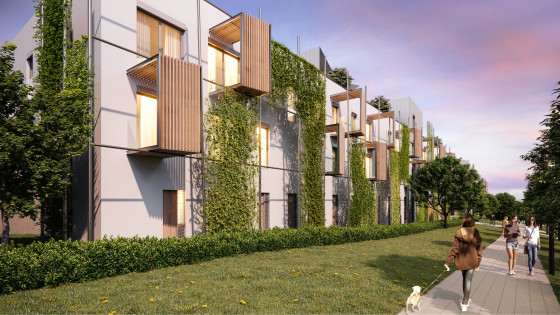 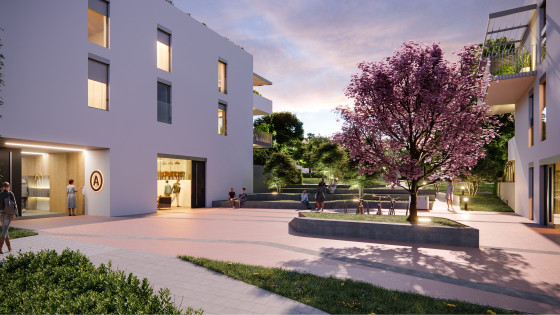 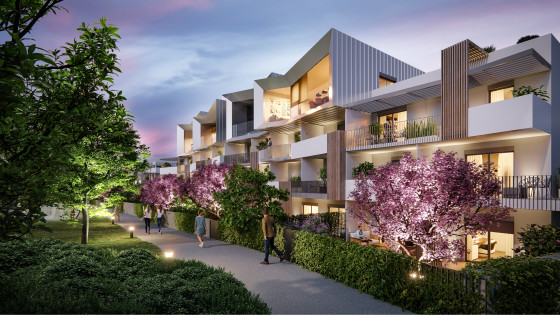 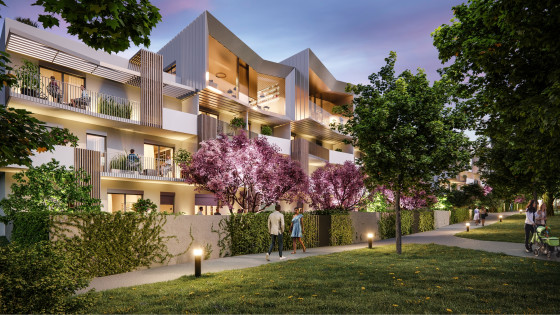 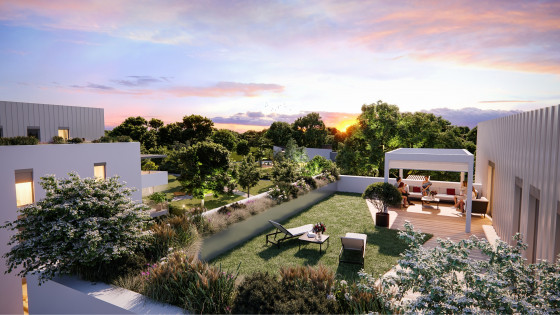 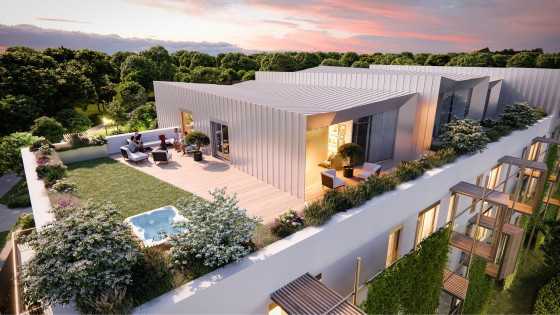 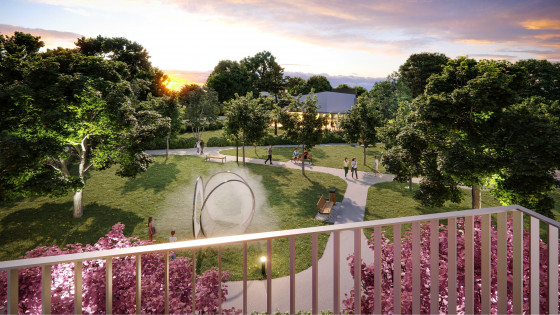