The project dealt with the development of a complicated corner gap site in the historic centre of Valašské Meziříčí. The draft project is based in particular on the nature of the project location. The plot of land is situated on the corner of two streets – Mostní and Křížkovského. At both ends of the almost right-angled street there is a building. In Křížkovského street there is a four-floor parsonage with a saddle roof, in Mostní street there is a commercial building from the 1980s with a flat roof. Land elevation difference is in line with the street at more than 3 meters, which reflects in the interior altitude division of the building.

The project resulted in a building consisting of two parts. A dynamic light corner massing underlines the edge of two perpendicular streets, while contributing to a better connection of the building with the terrain profile by using distinct glass surfaces with one side parallel to the incline of the terrain. Plaster on the facade imitates raw concrete. The whole corner on the ground floor, also an optician’s shop window, is glass-walled. A distinctive feature is the curved glass in the shop window, which unlike the floors above ground leads to more pleasant foot traffic.

The division of the facade on the northern side of the adjacent dark massing is strictly classic, with the same slots placed on three vertical axes on one floor. The distinctively structured plastering contrasts with the gentle facade of the corner massing. The building consists of two adjacent houses forming one unit. Both parts are joined by a glass-walled superstructure on a roof cladding of both massings.

On the ground floor of the southern part of the building on the corner there is an optician’s and ophthalmologist’s, other surgeries and shops on the floors above ground. The northern building includes administrative premises and services. The superstructure serves as a residential area with access to a roof terrace. 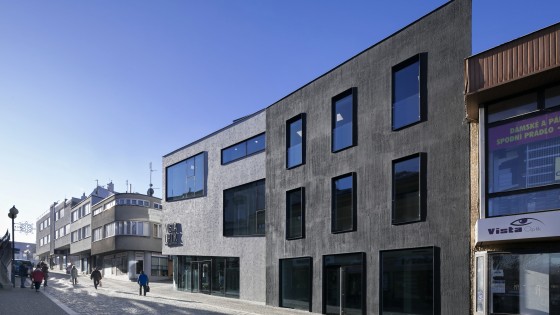 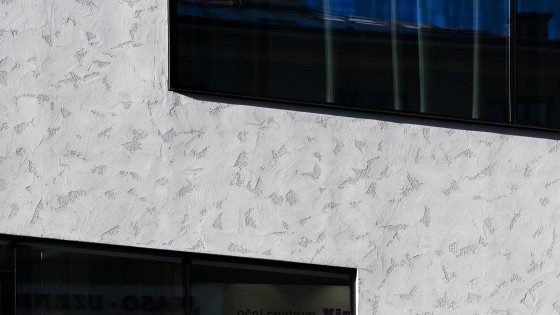 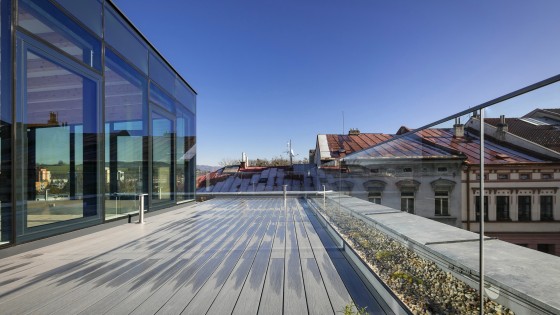 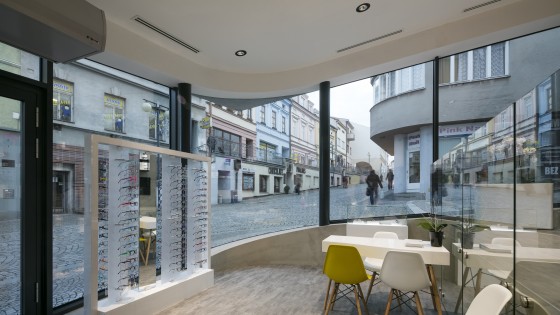 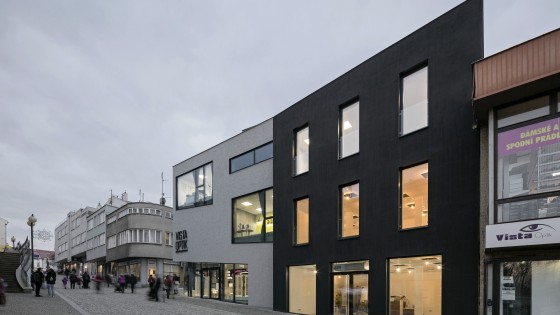 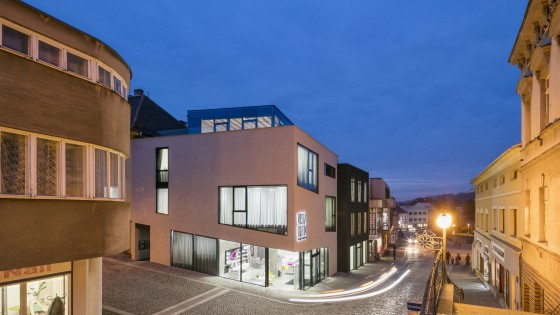