The task of the project was to modernize the functionalist villa, which was previously adapted for a kindergarten, and at the same time expand it by adding an extension. The new solution therefore consists of two parts, which together form the whole one. Both buildings are connected by a glass neck containing a staircase and an elevator. The extension is moved closer to the northern boundary of the plot, so the maximum area for children’s play is preserved on its southern side. New play elements and greenery were placed in the garden.

To reduce noise and dust from the road, the object is covered with trellises with climbing plants. The attached building respects the height of the original one and the facade of this building is treated with pre-weathered zinc sheets. The wall of the new building extends on the street side in front of the glass wall of the main entrance, thus creating an intimate space and leewardness. The glazed surfaces of the connecting neck are covered with shielding lamellas. 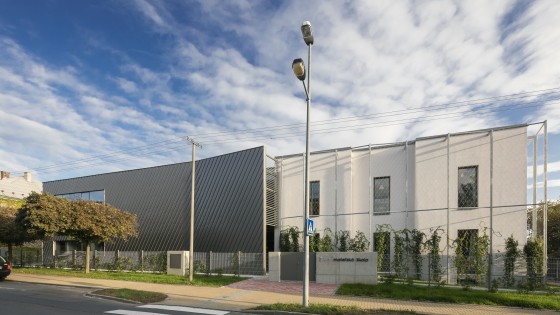 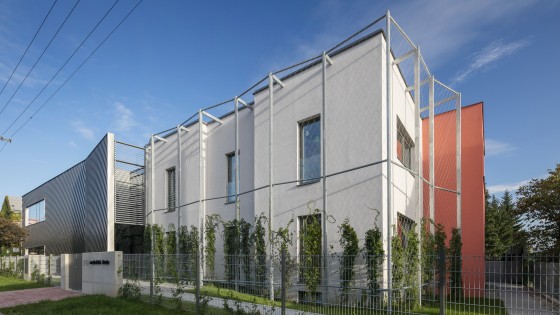 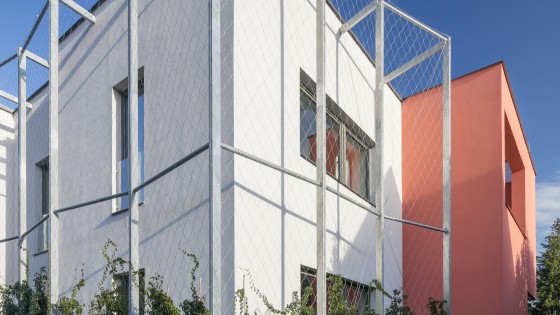 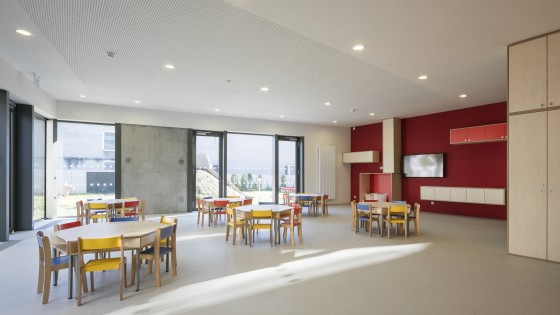 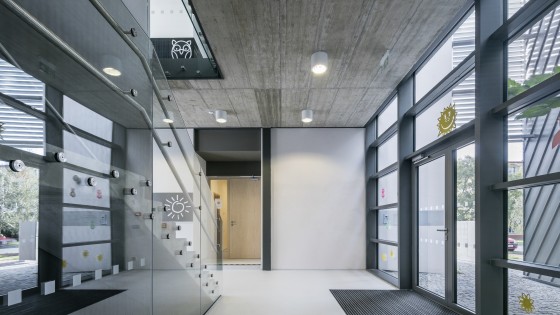 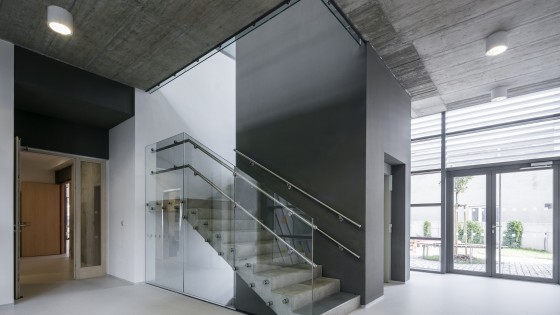